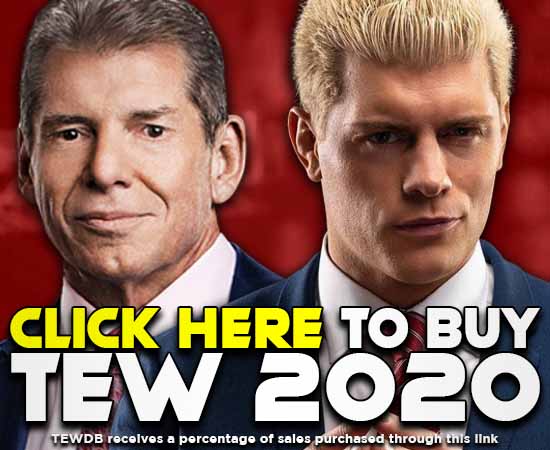 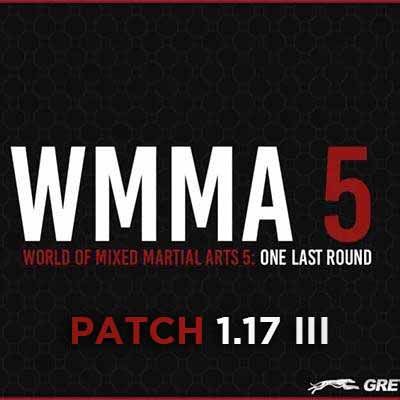 Please note that this is NOT AN INSTALLER! You do not simply run it.

2 - Inside you will see WMMA5.exe. Copy (or Cut) this file and go to your WMMA5 folder (normally Program Files \ GDS \ WMMA5). Use Paste to replace your existing copy. WMMA5 must be closed before you do this! If you have done it correctly then you will see the latest date and number in the taskbar when you run the game. Please be careful to note that you are replacing the actual WMMA5.exe file; some players have mistakenly replaced the desktop shortcut, which is a totally different item.

1.17 (Part II)
- Fixed an error accidentally introduced in the original 1.17 that would cause tournaments to get cancelled

1.17
- Added a new rule setting to allow 12x3 minute rounds, by request
- Added some new code to automatically deal with a rare RTE3021 crash that could occur
- Fixed a RTE3265 that could occur when a broadcaster change happened
- Looks and Menace were not being carried over correctly for regenerated fighters
- Altered the code that governed the marketability of newly created fighters to be better, by request

1.16
- RTE3421 if a child company had been given absurb amounts of money
- RTE3061 when trying to export a company into another database
- A crash if you tried to create / edit a belt for a child company and use the Apply button on a weight class that existed for the child but not the parent
- Various minor glitches, display issues, and typos

(1.15)
Minor Issues
Creating a new company and then going into drug testing could create a crash
Searching Free Pictures and then re-entering the search screen could cause a crash
Trying to enter a second camp profile when one was already open could cause a freeze
Trying to add world rankings to the editor's fight history section would fail to save the data
Typos / Cosmetic
Showcase events could sometimes display blank local fighter names
It was possible to edit a company's close date to get them to display as closed even when they were open

(1.14)
Crashes / Major Issues
Looking at a region where MMA was illegal in the game world screen would cause a crash
Minor Issues
Populating fighters from the editor would not vary personalities properly
Fast advance could be stopped incorrectly by certain contract offers
Broadcasters who had been closed could still be negotiated with
Britain was called "UK" in the narrative section meaning it could not be saved properly
Typos / Cosmetic
A takedown icon was missing from one line of text
Typo in one of the punch text lines

(1.13)
Crashes / Major Issues
Creating an MDB file could cause a crash if there was certain combinations of data
RTE 3163 could occur if a company was used with a particularly long short name field
Minor Issues
A local show getting cancelled due to injuries could give a stability hit to a random company
In rare circumstances a local show could link to the previous show's results
There were some issues with illegal / unregulated regions getting trapped in loops and never progressing to regulation
Occasionally the fight history metrics page could assign a KO to the wrong fighter
Looking at previous reality show seasons could cause problems if none exist for that company
There could be a crash when selecting an active fighter as an avatar during gameplay
Typos / Cosmetic
Dead fighters would show their current age meaning that it would look like they were still ageing

(1.12)
Minor Issues
Major victories could fail to be counted for company HOFs for companies of regional or unknown size
The Worst Fight in the Records page could could forfeited fights
Regenerated fighters who moved base would have their base popularity in the area they were based in at retirement, not the base they return to
Added extra code to try and stop phantom strikes from happening
Typos
Stability screen cuts off the end of the "taking liberties with X" note
A line of commentary uses "to fast" instead of "too fast"
Aikido is spelt as Akido
A couple of knock out / knock down icons are not shown for some lines of commentary when they should
Unification bouts could sometimes be referred to only as interim title matches during the opening comments
Requested Changes / Improvements
Made local fighter names match the area of the local show
Stopped fighters in jail / on hiatus continuing call out war of words

(1.11)
Crashes / Major Issues
Saving broadcaster changers would cause a crash
Minor Issues
Changing database while viewing an empty load game menu would leave the menu disabled until refreshed
Although harmless and easily avoided, the user could scout dead fighters
Trying to change the weight of one of your roster while in the child organisation screen would cause problems
A child company's schedule could be altered by the AI, disgarding changes the player may have tried to set via the schedule screen
The opening of a new team did not generate a news item even though they could be searched for
Typos
Knee strikes as knock out counters to shot attempts did not give the Knock Out icon
A fighter could talk about his "next fight" shortly after announcing that he was retiring
The blacklist confirmation message had a typo in it
Requested Changes / Improvements
By request, fights in which the winner attacked after the bell are no longer recommended as potential award winners

(1.10)
Crashes / Major Issues
Searching Previous Shows in the live editor and then returning to the same search screen would cause a crash
A crash could happen if the player shortlisted a fighter and then watched a fight where they lost to a Local Fighter
A crash would happen during contract processing if a fighter out on loan was being auto renewed
Minor Issues
Absorbing a child weight class would take the fighters of both genders if the company had the same division for both men and women
If a company had no fine for not making weight then the wrong person's name could potentially appear in the fight recap when saying who had failed
Searching match making for Availability would turn off smart booking entirely for both columns rather than just the one being searched
The game could allow the player to illegally make multiple self-owned broadcasters instead of being limited to one
Short notice fighters could sometimes not appear in match making when they should if smart booking was enabled
Cypriot names were tied to the Middle Eastern type, not Greek as intended
Typos
The commentary "The fighters fall into sloppy clinch" was missing "a"
The commentary "landed only glancing blow" was missing "a"
The scouting screen said "costs $x show per month" which has the word "show" by mistake
An internet story spelled "breaking" without the "n".
Requested Changes / Improvements
Allowed weight classes to have negative prestige by request
Added a Nothing Specific option to the match making search screen
Changed "home town crowd"" to "home crowd" by request
Allowed user to disable generated fighters who would not have a picture via options screen

(1.09)
Minor Issues
The editor contract multi-add change would not allow more than one person to be added to the list
Added blocks to stop people trying to cut people mid-show as obviously this would lead to problems
Fighters could be given "No Kicks" attribute when it should be "Educated Feet"
Players could adjust fights after the weigh-ins which should have been illegal due to the problems it would cause
In some situations a fighter suspended / away could be booked for local shows

(1.07 & 1.08)
Crashes / Major Issues
There was a 1 in 85 chance that when creating a Showcase Local show the game would crash
If the user stopped scouting from a fighter's profile and then stopped scouting again for the same person from the Scouting screen it would cause a crash
Running a game without any active fighters could cause a crash when processing random incidents
Minor Issues
In a multiplayer game players would sometimes not have their information bar updated properly
The home town feature was not correctly applying during fights
An injured fighter removed from a fight would leave his inducement payments linked to TBA (which would have no effect other than visual)
If the user resigned he / she would not be removed from any announcing positions within the company
High level regional AI companies could illegally get around the block that stops a player from signing an exclusive deal with someone who signed somewhere else in the last six months
If populating fighters using underscores it was possible for illegal duplicate names to occur which would then lead to issues
In some situations a fighter suspended / away could be booked for an AI grand prix
The user could intentionally create artificial situations where a company illegally had no weight classes, which would lead to multiple issues
Choosing not to make an offer official would still count towards the fighter "remembering" the amount in the deal
Searching broadcasters with filters applied could cause incorrect results depending on which broadcaster was highlighted before launching the search
Typos
Event preview could say "stopped his at

No comments to display
Total Extreme Wrestling Database
TEWDB is a user driven community modding site with everything you need for the Total Extreme Wrestling booking simulator series. Our sections include content for TEW 2020, TEW 2016, TEW 2013, TEW 2010 & TEW 2005. We also have content for TEW's MMA cousin, World of Mixed Martial Arts.
Download up to date monthly real world mods, as well as historical and fantasy scenarios. Head to our Graphics section for the best faces, logos and belts, as well as much more.
This is a personal thank you from me to everybody in the community that contributes to this fantastic game. Without the modders themselves, this site (and not to mention, this game) would not be possible.
© TEWDB. All rights reserved. All trademarks and registered trademarks are the property of their respective owners.